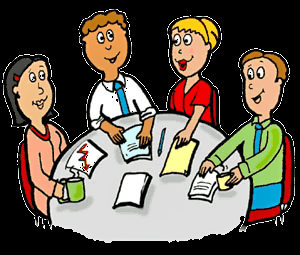 Present: Ken J, Peter M, Mike P, Carol R, Joyce B, Christopher E, Kathryn B, Maggie B, Steve H,
Apologies: None
1. Matters arising
It was agreed to make a donation of £100 to The Friends of Honley to support the purchase of tools for use in the burial ground.
Huddersfield Family History day was held on 16th November and £180 was raised from book sales. A printer at the show have provided an alternative quote for the Honley Remembers Book. This will not be taken up.
June Wrathall assisted Joyce with the Civic Society Tree at the Trinity Christmas Tree festival. The
event went well and good comments were received concerning the display.
The Honley Street Market on 7th December was very successful with a record £415 received from book sales on the Saturday.
The Christmas Social was well received by attendees. The choice of food was commended and a small profit of £90 was raised.
2. Finance – November 7th to January 6th
Documents for two months were presented.
Opening Total November 7th £4892.32
Total in hand January 6th £5863.38
Book sales were the biggest income contributor following the Christmas Street Market and the Family History Day.
Expenditure was primarily on the Christmas Social but this was covered by ticket sales.
Fees have been paid for the web site which is now covered for three years.
3. Administration
Printers at the Huddersfield Family History Day have sent a quote for a calendar. This offer will not
be taken up.
Details of the 2020 Heritage Open Days have been received. The dates are 11th to 20th September.
Training has been offered if required. Whilst the Society have no immediate plans, St Mary’s Church are looking into having a guided tour.
4. History
The High Days and Holidays in Honley book sold well at the Street Market. Thanks to everyone who made it another successful event with £415 sales. We sold out of George Redmond’s book and, with orders for more, more were collected the next day from Ann-Marie Redmonds. We have sold out of a Portrait of Honley, recommend a further 50 in the spring.
Several new photos of Mary Jagger courtesy of Cyril Ford’s wife, Jean.  Michael Hirst of Doncaster has provided some photos of the Senior family who lived on Cooperative Terrace and Woodhead Road.
Peter has received an untitled and undated image by C E Exley of two small children.
Peter will arrange to talk to Jenny Lockwood regarding some notes on the St Mary’s organ.
Peter has bought a personal copy of Rookery Mill, one of Mary Jagger’s novels, published in 1888.
Peter gave a short talk on Miss Siddon to Friends of Tolson Museum on 8th January.
5. Planning
Comments and objections for the development on Turnpike development have been submitted to Kirklees planning.
The application to build three dwellings on Far End Lane has been approved by Kirklees.
The application for the Scotgate development has been approved although it has been noted that two house designs do not meet national standards on size.
The Dungarth development on Southgate has been withdrawn.
Several businesses in the village have closed in the last month, the shoe shop, Mustard and Punch, and the Co-op. It is hoped the Co-op will reopen in June.
Honley Business Association have requested support in opposing the Housing development in Netherton on the grounds that it will substantially increase the traffic flow through Magdale.
6. Any Other Business
The Muslim community in Huddersfield have invited members of the Society to tour their mosque in Town. The committee were in favour and an announcement to be made to the membership to gauge the interest.
It was agreed that for the time being we would continue to put the committee meeting notes on the
Society website.
7. Next Meeting
The February meeting will be held in the Parish Rooms at 7:30pm on Thursday 13th February when the speaker will be David Garside giving a talk about the Holme valley Rescue Team.